What are perpendicular lines in geometry?

A special case of intersecting lines is when two lines intersect at an angle whose measure is 90°. Such lines are called perpendicular, and the 90° angle is called a “right angle”.

Note that in this special case, all 4 angles formed by the intersection – the opposite angels and the supplementary angles – are equal to each other, as they are all 90°. 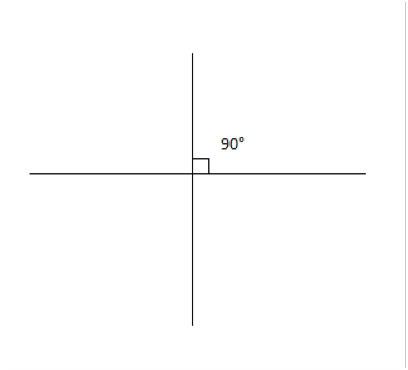 The first is called the Linear Pair Perpendicular Theorem, which states that if two straight lines intersect at a point and form a linear pair of equal angles, they are perpendicular.

This is the converse of what we stated above, that if two lines are perpendicular then the angles at their intersection point are equal.

--
Now that we've explained the basic concept of perpendicular lines in geometry, let's scroll down to work on specific geometry problems relating to this topic.