The perimeter of geometric shapes is the length of the line defining the shape, or the distance around the shape.

For example, the perimeter of a rectangle is given by: 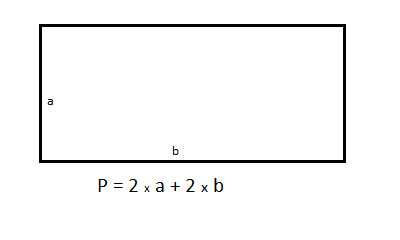 For polygons, it is the sum of the lengths of all the straight lines that make up the polygon.

For circles, the perimeter is called the circumference, and it is given by the formula C=2*r*π , where r is the circle's radius, and π is a special mathematical constant, which is not a rational number, roughly equal to 3.14159.

--
Now that we've explained the basic concept of perimeter in geometry, let's scroll down to work on specific geometry problems relating to this topic.