A straight line outside a circle which just "touches" the circle, and intersects it at exactly one point, is called a tangent line.

The tangent line is perpendicular to the radius at the point where it intersects the circle. 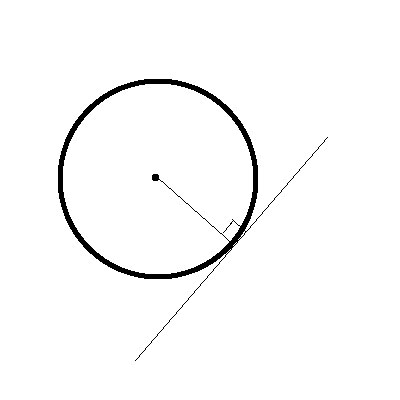 --
Now that we've explained the basic concept of tangent lines in geometry, let's scroll down to work on specific geometry problems relating to this topic. 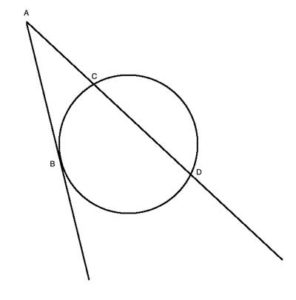 Using the Tangent-Chord Theorem, it is simple to prove the third theorem which provides a relationship between lines in circles - the Tangent-Secant Theorem (the other two being the Intersecting … END_OF_DOCUMENT_TOKEN_TO_BE_REPLACED 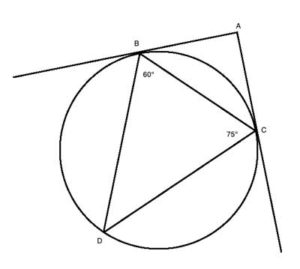 Today we'll find the angles of a triangle formed by two tangent lines to a circle using inscribed angles, and theorems about the sum of angles in a polygon. In this geometry problem, we will … END_OF_DOCUMENT_TOKEN_TO_BE_REPLACED 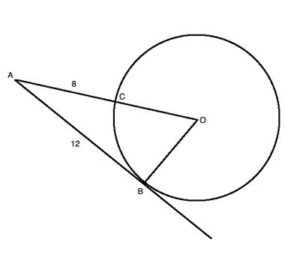 A line tangent to a circle is a line from a point outside the circle that touches the circle at exactly one point. At that point, the tangent line is perpendicular to the circle's radius and diameter, … END_OF_DOCUMENT_TOKEN_TO_BE_REPLACED 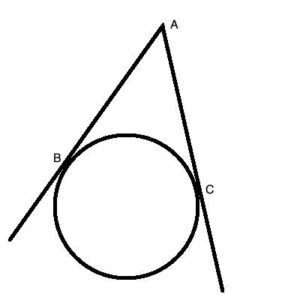 The two tangent theorem states that if we draw two lines from the same point which lies outside a circle, such that both lines are tangent to the circle, then their lengths are the same. We will now … END_OF_DOCUMENT_TOKEN_TO_BE_REPLACED

Welcome to Geometry Help! I'm Ido Sarig, a high-tech executive with a BSc degree in Computer Engineering and an MBA degree. Geometry doesn't have to be so hard! My goal is to help you develop a better way to approach and solve geometry problems. Click to learn more...